Am I a failure? Apparently so! 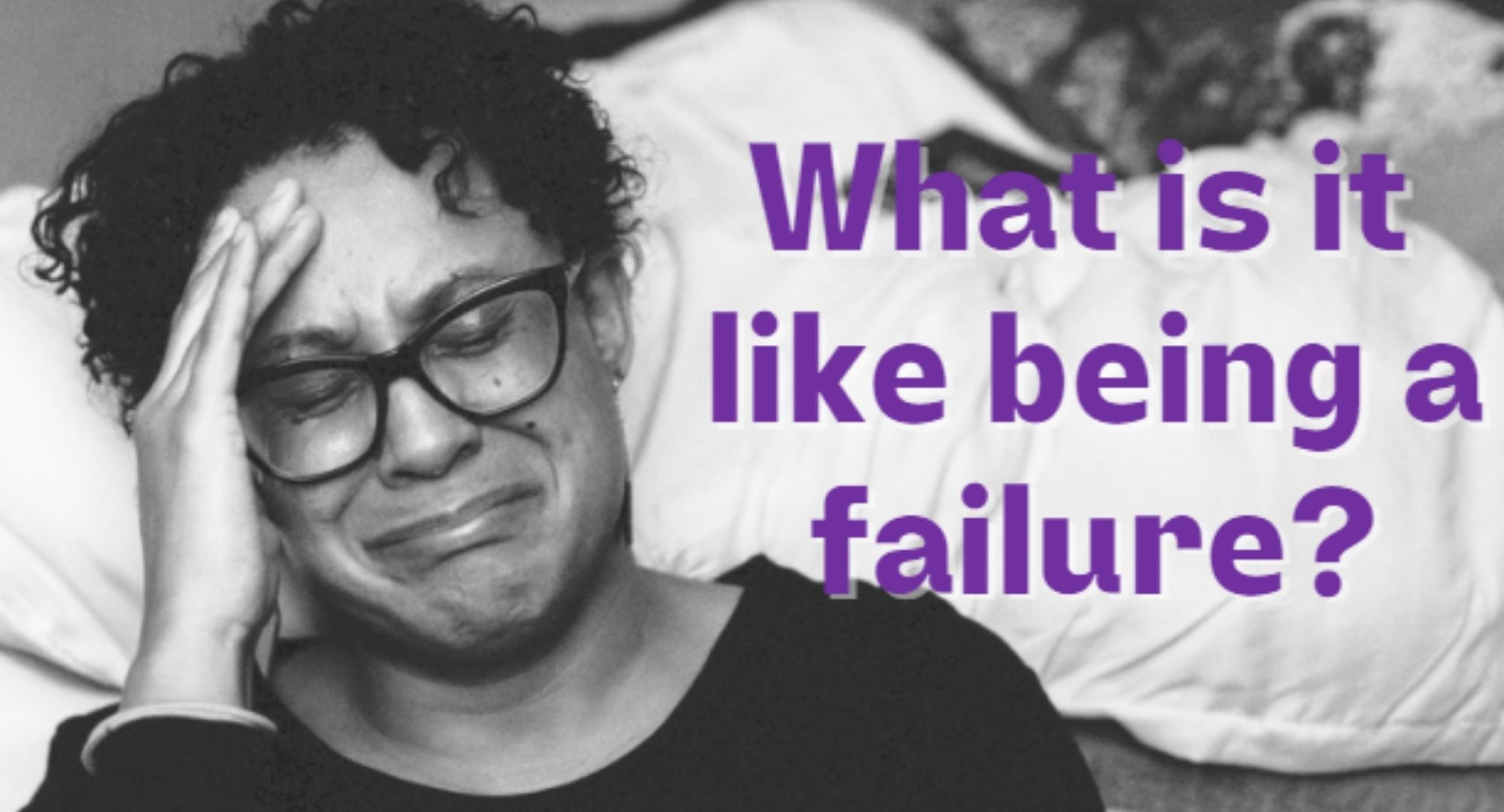 It doesn’t seem to matter what I have achieved in life – I still haven’t done the right thing as far as a lot of people (society in general) is concerned!

I bet you’re probably thinking what most people ask – “What’s wrong with you?”

We live in a world where most people’s expectation is the marriage, house, 2.4 kids, dog and picket white fence! So, when someone hasn’t done what is deemed to be the norm it must be them that’s got something wrong.

I have to admit to trying to answer that question a million times.

Of course family and friends have tried answering it for me over the years.  You are ‘Too picky or fussy’, ‘Too stuck in your ways’, ‘You don’t give men enough chances!’

And receive the constant comment – Isn’t it about time you ‘settle down’!

I’ll let you into a secret!

The truth is I now know there is nothing wrong with me – per say.

It’s just I listened too much to older family members and friends when I was younger.  From what they either said directly to me or I overheard them saying about me; made me believe that I was:

I’ve also felt like a failure in my career as well!

Even though I was professionally qualified in Human Resources and had a great deal of experience.  I never thought I was good enough.  I definitely didn’t feel intelligent enough so, the overthinking and worrying would happen there.  I was constantly scared I was going to be found out that I was a fraud.

We’ll all struggle in our day-to-day work. We compare ourselves to others and will have both good and bad days.  Add on any judgement – perceived or given – and patronising comment and the build of failure intensives.

For me, I’ve added to my failure.  I’ve been made redundant from a job where I was receiving great feedback and had made significant changes for the better.   Now I know redundancy is not personal and I wasn’t the only member of my team.  However, when your inner chatter tells you that you are not good enough because no one wants you.  It all just exacerbates!

So, how does this impact a person in the workplace

It’s all about an individual’s self-esteem.

It’s making sure they feel valued regardless of their personal circumstances and background . It’s having a balance of family friendly along with not alienating someone.  Do those not married with children still have the same support and treated equally. Are those who have not been to University are given the same intellectual acknowledgement than those who do.

Remember, we weren’t born to conform, we were born to stand out!!

Photo by Claudia Wolff on Unsplash